It will come as no shock to learn that the notion that the advertising industry could possibly regulate itself is going to be flawed. As part of a non-scientific experiment* a WAAC member recently lodged a series of complaints about sexually objectifying advertising with the Advertising Standards Bureau (Ad Standards) Community Panel to find out on what grounds a complaint would be dismissed.

Ad Standards is, along with the AANA, half of “Australia’s gold standard system of self-regulation” (sorry to expose you to that, but it’s from the AANA website — you can tell it’s written by someone in advertising: it’s awful). We therefore knew when going into the project that complaints lodged with a self-regulating industry body would likely be dismissed; however, our objective wasn’t to get the ads removed, per se, but, rather, to gather data about the kinds of tactics and ‘arguments’ put forth by the Ad Standards Community Panel when they dismiss complaints — as they almost invariably do when it comes to advertising that objectifies women. 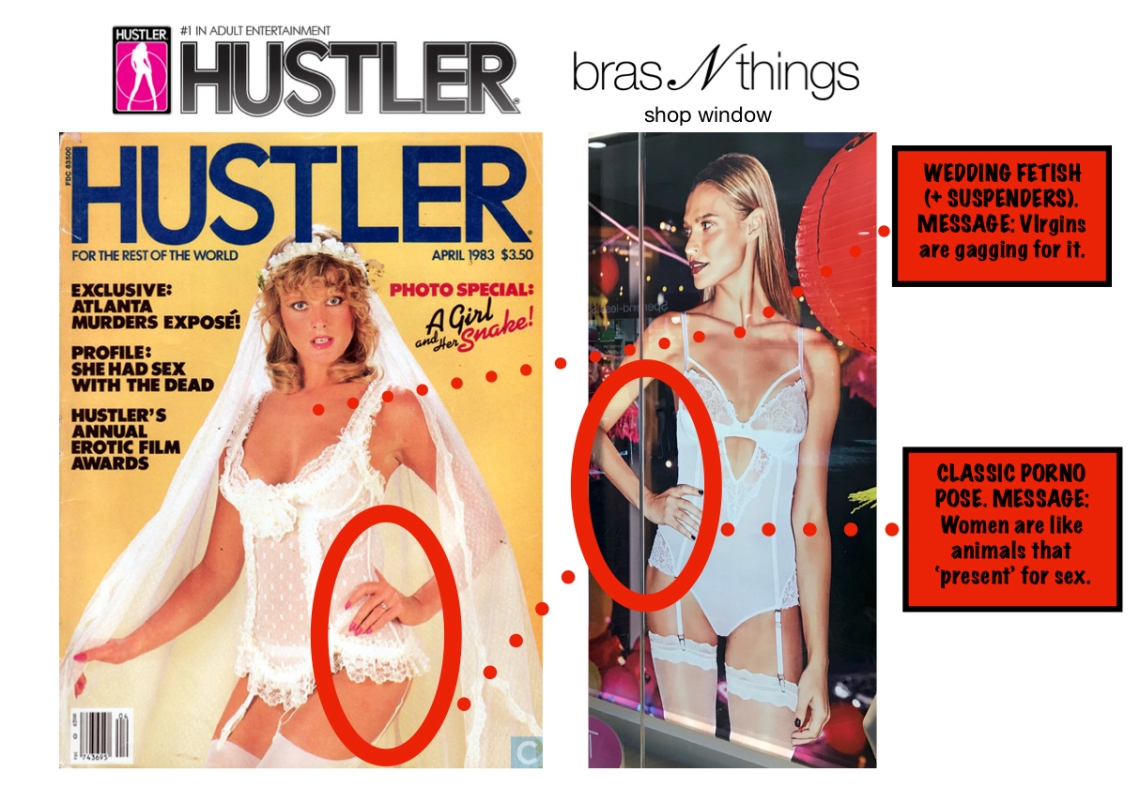 The complaints involved serial offenders Bras N Things and Honey Birdette and their mall-facing, public-walkway advertising at Westfield Belconnen. You can see from the ‘case reports’ (as if anything was properly ‘investigated’, and attached at the end of this post) what the complaints involved, i.e., the same old stuff.

What we were surprised to find, however, was how much Ad Standards appears to gaslight women. (If you’re not familiar with the term, ‘gaslighting’ refers to manipulating another’s perception of reality, basically by telling that their concerns aren’t real, that they’re crazy, or that they’re imagining things.) Of course, gaslighting is deliberate and wilful, and we can’t say for certain that the Community Panel is intentionally ignoring the manifest harm that is visited on women as a social class as a result of the ubiquity of sexually objectifying advertising … but given all the research out there, and noting that most of the members of the Community Panel seem pretty educated (see their bios), it certainly is peculiar.

So, here’s what’s the members of the Community Panel at Ad Standards do, if we are to treat their responses to our complaints as an attempt at gaslighting:

The images, below, are brought to you by your local Westfield.

* We are OK with non-science because, you know, in this post-modern world, opinion is incontestible, scholarship is suspicious, and ‘feels’ are where it’s at.